As the DO León covers quite a large geographical area, including the zone of influence of two river courses, Esla and Cea, its typical climate is broadly Mediterranean but a cooler variant.

Given the influence from the Atlantic and north, temperatures should be milder and rainfall heavy. However, the high altitude of the plain where the DO is located and the Cantabrian mountains modify the climate and make it much more continental in nature. The most important climactic features are as follows:

Irregular spring, mild temperatures alternating with detrimental spring frosts, although this in no way limits the cultivation of vines.

Irregular summer with very hot, dry periods alternating with cold periods, making the summers mild in general, the average temperature in the hottest months always being above 20 °C (necessary for the flowering and veraison of the vines).

Mild, generally rainy autumn which helps the end of the ripening period.

Average annual rainfall around 500 mm occurring mostly in the summer and autumn. This means that the vines do not require irrigation except in extreme years.

The zone receives a lot of light, averaging 2,700 hours of sunlight per year, helping the berries to ripen evenly.

This is the origin of our vine stock and where the roots do their work, extracting unique nutrients for our varieties. 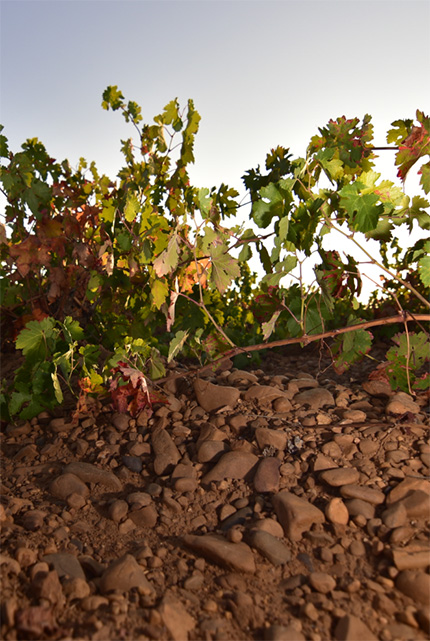 In general, the DO León has land that is suitable for growing vines as it is all located less than 900 m above sea level on alluvial terraces.

Both the rust-coloured soils on rocky deposits and chalk soils on a softer material base have characteristics that can be considered particularly suitable for growing good quality vines. Proof of this is that most of the great DO’s in Castile and León have similar soil types.